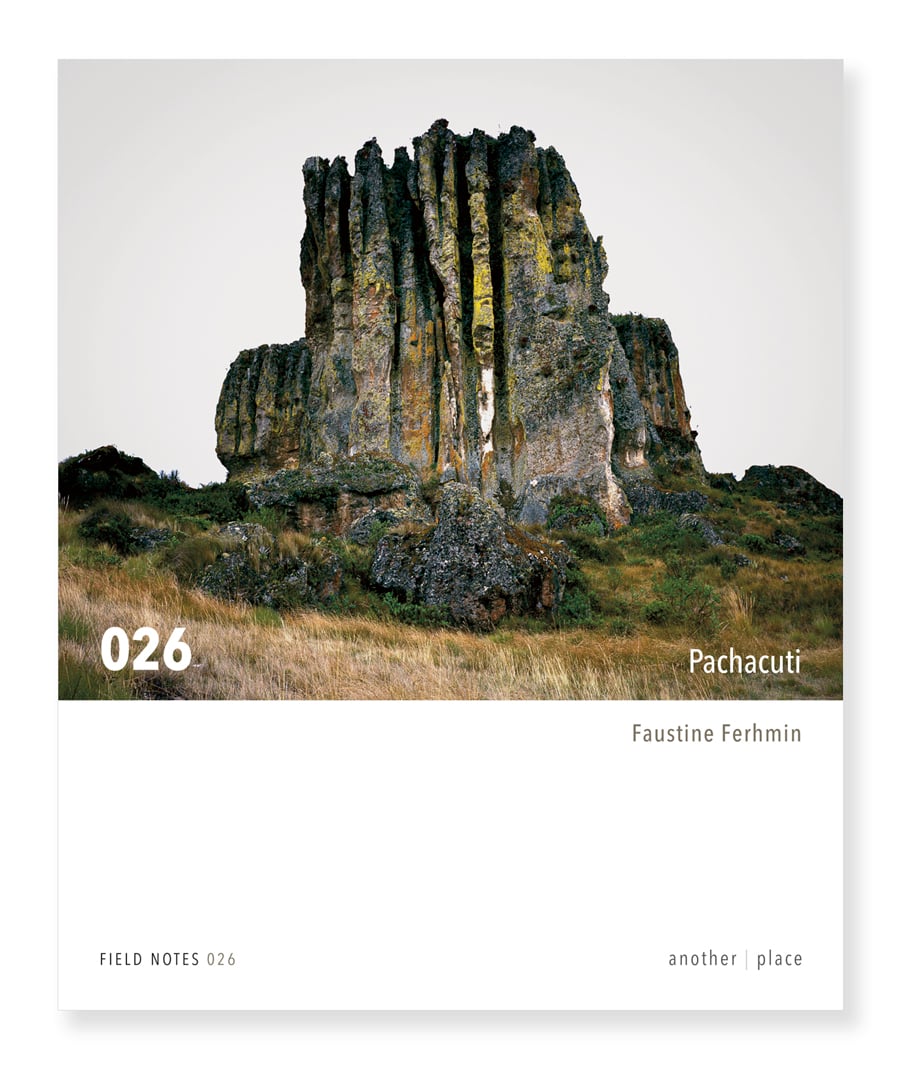 Forms that are made, unmade - forms that come to be, or disappear. Stone formations that emerge from the earth, as spontaneous sculptures worked by time. And architectural structures covered by earth and stone, blending with the landscape: ruins. Far from being elegant ruins, acting as a mirror to the traveler's melancholy, they are abrupt remains placed outside history that recall a more archaic time than the civilizations of which they are traces.

The Quechuan term "Pachacuti" refers to a notion of time that goes beyond human history - it means "revolution, upheaval" (cuti) of the construct of "space-time" (pacha). This central notion in Incan cosmogony refers to the regular cycles of destruction and recreation of the world.

I made these photographs during two trips in Peru, in 2008 and 2009. I went to the north of the country to photograph mineral landscapes on the coast and in the mountains. By portraying stone formations, I wanted to photograph the archaic, the very ancient as such - but also the space: this harsh immensity characteristic of the Andes, and that does not overwhelm, but rather relieves, giving us back both the earth and sky.