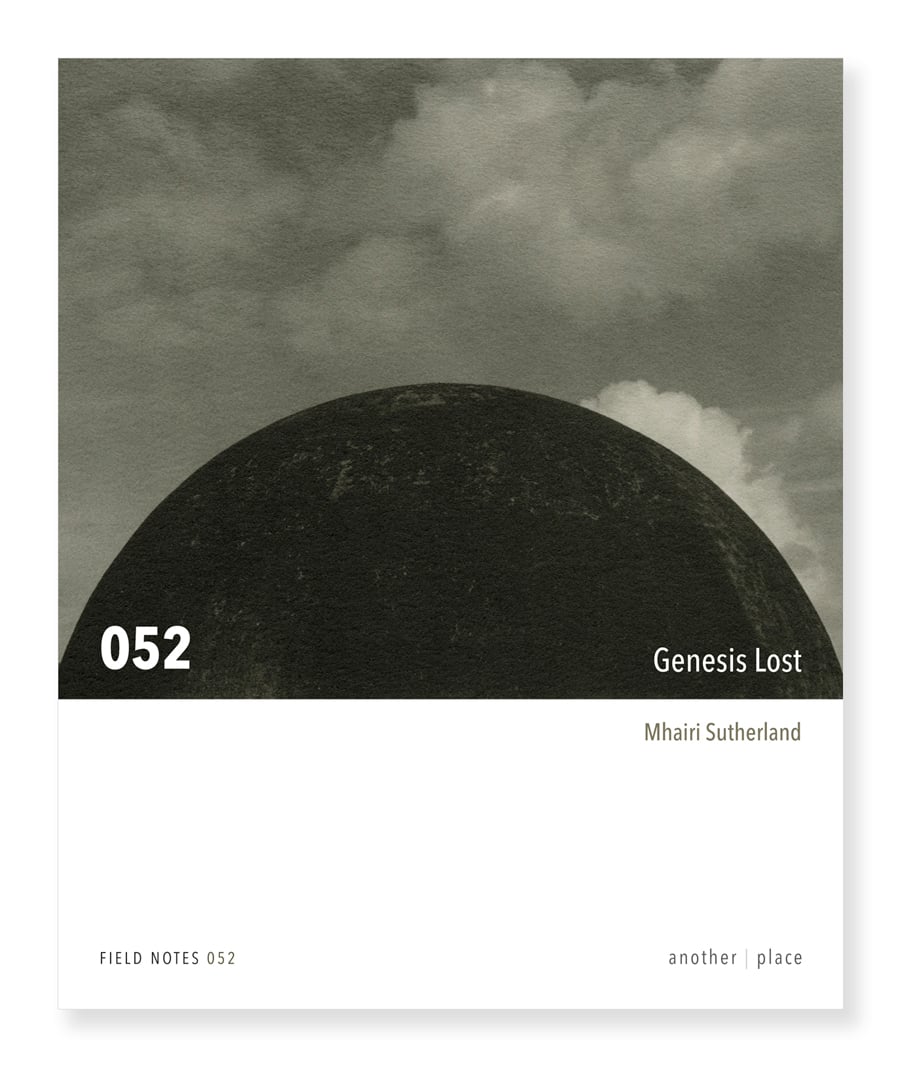 I first came across the main focus of Genesis Lost whilst researching the landscape of derelict military airfields around Lough Foyle. Part of the former Limavady airbase, an image of the isolated, bitumen-black spherical structure stood out amongst more conventional conflict architecture, the singular, slightly extra-terrestrial form marking it out as having a particular purpose. The building was an anti-aircraft training dome, conceived, designed and built in order to train WW2 gunners to shoot down enemy aircraft. Over 40 were built throughout the UK in the 1940’s and this is the only one remaining in Northern Ireland. The dome was the first time that photography and the moving image had been projected in order to improve the accuracy of gunners firing within a structure built specifically and only for that purpose. Films specially made by Pathé and Ektachrome were projected with accompanying sound effects against the interior of the dome, as trainee gunners using a rotating gun tower took aim at emerging filmic aircraft in day and night skies above and around them. The immersive construction and operations of the dome are acknowledged as being the forerunner of Imax cinema, gaming and video technologies, and of VR.

The research that followed, in and around the architecture of the Dome itself, through archives and radiating out from the landscape of this part of Ireland, became imbued with the idea of technological and other ‘firsts’ with either a connection to photography or to the place itself. The process became a kind of ‘reverse celebration’, reflecting on some of the connected origins of practices and technologies that have been celebrated in previous eras as uncritical markers of ‘progress’ but which are being unmasked in ours as instruments of climatic and global change of an unimaginable scale. Genesis Lost is a tracing in the landscape of the origins of particular tools and technologies, mapping image, sound and place. A quiet witness perhaps, to a potentially very different future.