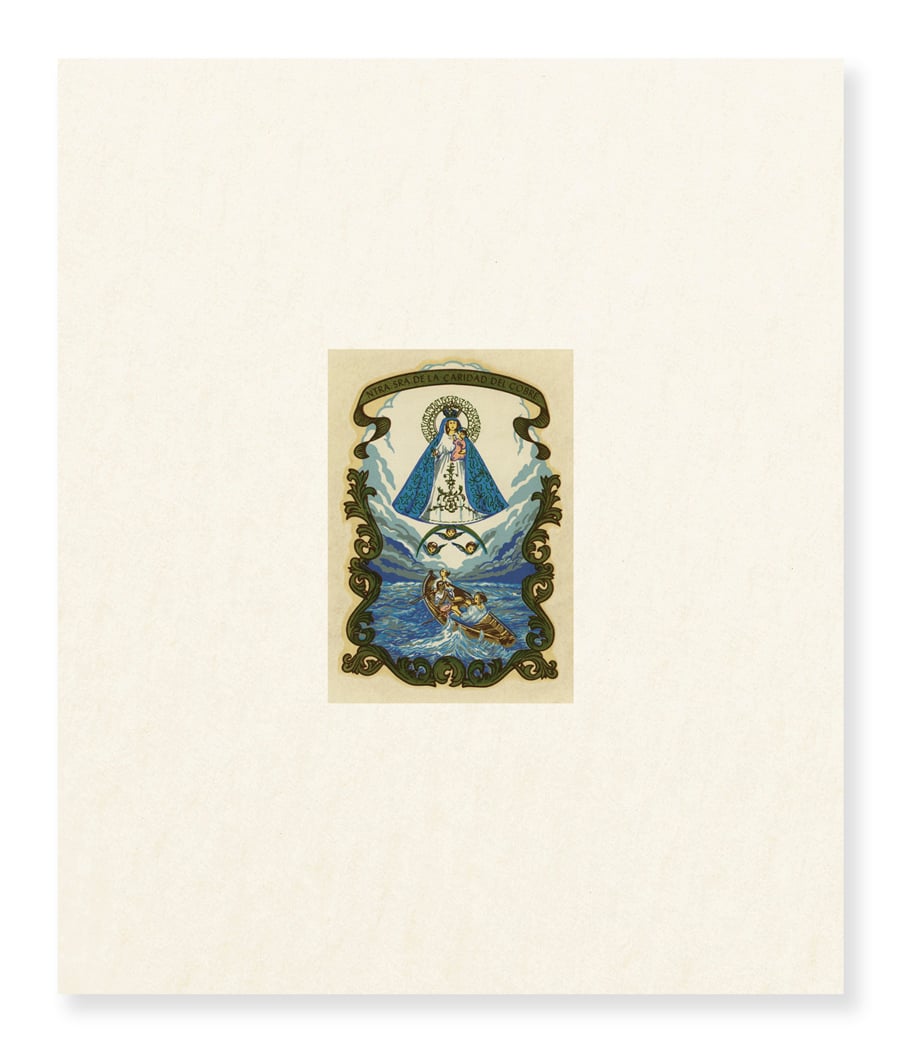 Cathedrals Are Built In The Future - Simon Roberts

Also available as a Special Edition, limited to 40 copies - each with an A4 limited edition inkjet print signed and numbered by Simon (see image) - £55.00

*** All pre-orders come with a free set of 4 postcards of images from the series - see image. These will not be available after pre-orders close *** - Pre-orders are now closed.

Simon Roberts is renowned for his large-format tableaux photographs that capture the nature of public, communal experience within specific landscapes. This new series – a taxonomic study of religious landscapes in Cuba - is his first major work to concentrate on interior spaces. His photographs form a social catalog of Cuban religious history, focusing on places of worship across Havana.

Cuba was never a deeply pious country, like some other Latin American nations, however, the Catholic church and other denominations have come a long way from the early days of the revolution when Fidel Castro enshrined atheism in the constitution and Christians were persecuted and marginalized (between 1960 and 1992 Cuba was officially an atheist state).

In the absence of an all-encompassing communist state and in a post-Castro era, religious practice in Cuba has been allowed to grow and forms an important part of contemporary Cuban society. Although officially a secular state there is a rapid spread of evangelical denominations across the island with Baptist, Pentecostal and Methodist churches increasing their congregations alongside hundreds of tiny churches that have been started up in Cubans’ living rooms. Other religious groups to be found include Jewish, Greek and Russian Orthodox, Muslims, Buddhists and Baha’is. Also significant are Afro-Cuban religions that have resulted from transculturation, where the practices of African religions like Yoruba have fused with those of Spanish Catholicism.

Taking a minimalist approach, Roberts uses only ambient lighting and long exposure times to record the specific architecture and iconography of the buildings utilised by different faith groups. For instance, the Church of Santa Rita, which was completed in 1942, mixes neocolonial and modern features to create a reverent space dominated by great parabolic arches holding up the wooden roof, whilst the El Calvario Baptist Church is housed in Havana’s former circus building (built in 1881). One of the newest built churches is the Russian Orthodox Church in Old Havana, 'Our Lady of Kazan' church, was inaugurated in 2008 by the Cuban president Raul Castro in the presence of the Russian president Medvedev. The ceiba trees in Havana’s Gran Parque provide spritiual spaces for followers of Santeria where offerings to their African spirits can be found.

These sober and restrained photographs omit humans or keep their presence to a minimum. The emptiness is imbued with substance by a subtle attention to colour, and the prevailing silence is instilled with a metaphysical quality.

The book includes an essay by the Cuban artist and art professor, Ossain Raggi.