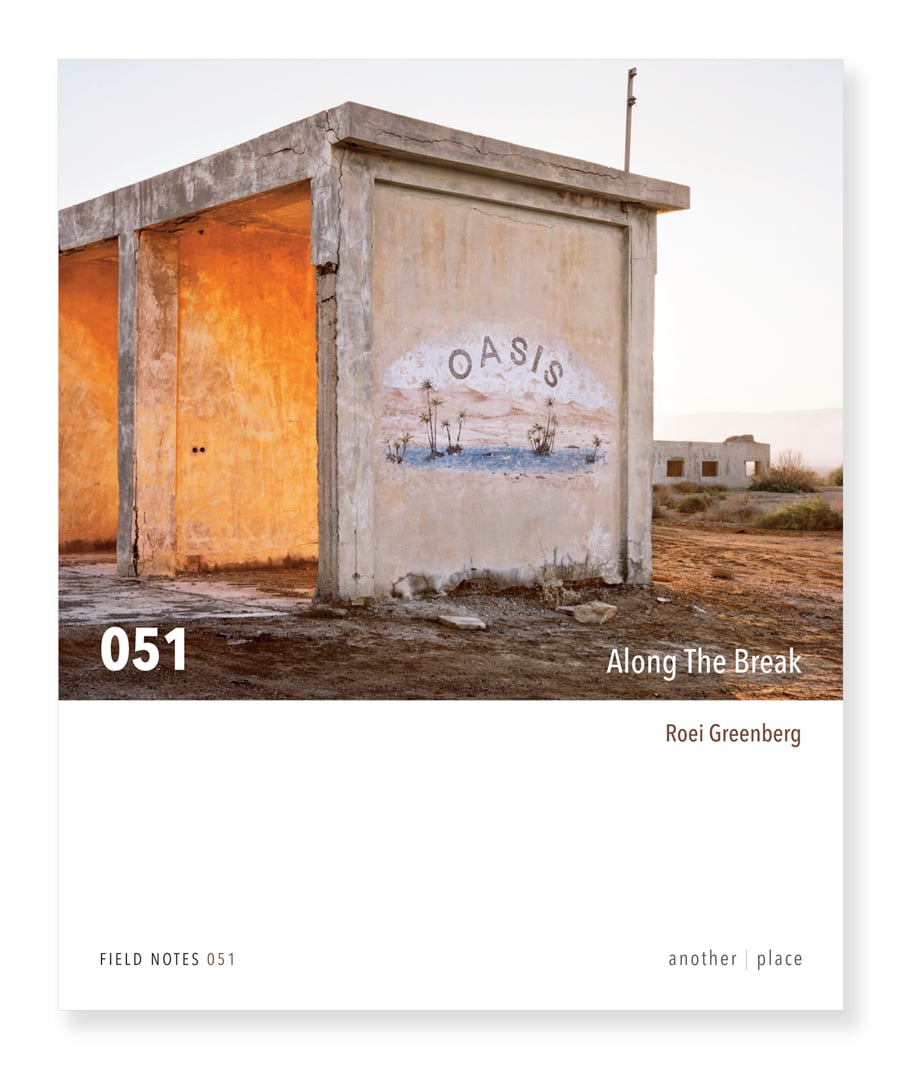 Along The Break - Roei Greenberg

The Great Rift Valley or the “Syrian - African Break” in Hebrew, is a continuous geographic trench caused 35 million years ago by movement of tectonic plates. This topographic phenomenon which crosses contemporary Israel is carving out the Jordan River, the Sea of Galilee, the Dead Sea and the Red Sea and shapes the physical borders of the Israeli State. With Lebanon and Syria in the north, Jordan along the eastern front and with Egypt in the south.

Route 90 is the longest single road in Israel (470km). It follows the valley floor of the ‘Break’ from north to south, border to border and via the West Bank in parts. In this body of works, I import the notion of the epic American road-trips, endless roads and vast open spaces, into the Israeli small and confined territory.

With the use of large format camera, I transform the relics into monuments and alter the space into a complex photographic perspective; Poetic and laced with empathy yet tinged with irony and underlying ideological tones. Ambiguity runs through the works and sews them together in this ongoing dialogue between the mundane and the sublime. Although the ‘break’ describes the physical features of the Great Rift Valley, it is also a metaphor for a certain sentiment, towards the land of contradictions I used to call home.